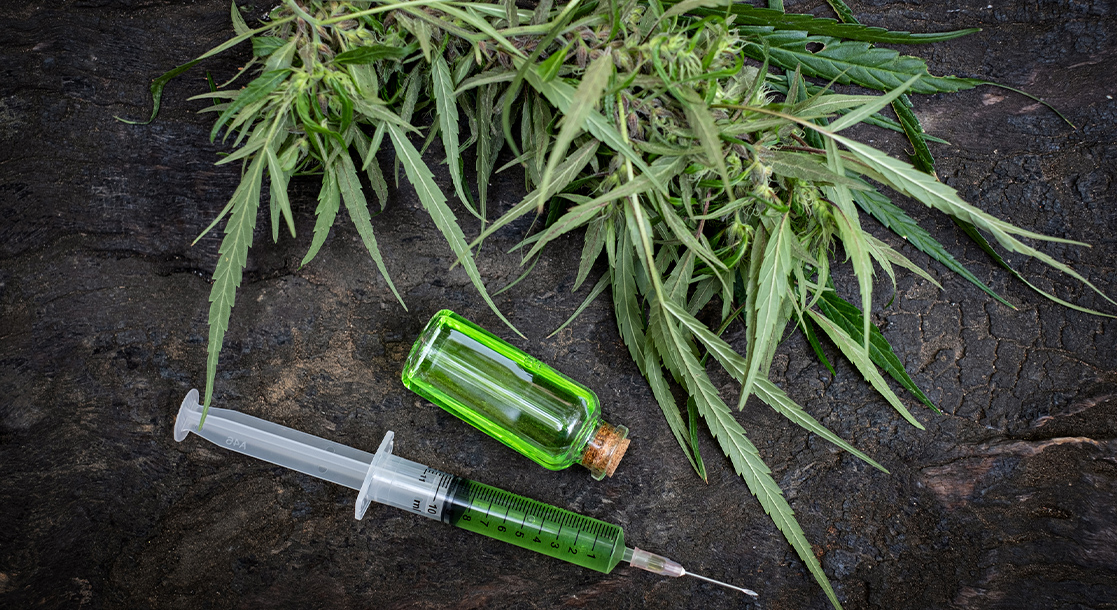 There’s a running joke in the online cannabis community that kids are falling prey to “bong injections,” where they shoot up weed smoke like heroin. But as the cannabis industry becomes saturated with the same ol’ products that only differ in packaging, competition has gotten fierce, prompting one startup to develop an unconventional intravenous CBD product that’s now been recalled due to allegedly violating federal regulations.

On Thursday, the US FDA announced on Twitter that Biota Biosciences recalled its “Cannabidiol (CBD) Complex,” “Cannabidiol+Curcumin,” and “Curcumin Complex” products previously offered under the company’s Sterile Vial line. According to a cease-and-desist letter issued by the FDA in April, the company made unfounded medical claims on its products’ packaging, such as the products’ supposed efficacies for treating opioid addiction, auto-immune disorders, and chronic pain. The FDA also charged the company with failing to include instructions for safely injecting its CBD and herbal products.

Federal law states that any product that claims to treat medical conditions is considered a drug. To legally market as a drug, the product must undergo stringent clinical trials that are approved by the FDA. Biota Biosciences did not subject its injectable CBD products to this process.

On Friday, Biota Biosciences published a letter on its website announcing its Sterile Vial recall and the hazards that the company potentially introduced to a new, burgeoning CBD market. The letter noted that, “[U]napproved drugs intended to be administered directly into the bloodstream can pose a serious risk of harm to users because they bypass many of the body’s natural defenses against toxic ingredients, toxins, or dangerous organisms that can lead to serious and life-threatening conditions such as septicemia or sepsis,” two life-threatening bacterial infections.

Although some controlled studies employed injectable forms of THC, these formulations were pharmaceutical-grade, and the injections were performed by licensed medical professionals. Over the years, there have been cases of people shooting up their own homemade weed broths, which can trigger a potentially lethal condition called “intravenously injected marijuana disorder.” The disorder causes bouts of vomiting, intense muscle pain, and heart issues.

Biota Biosciences is just the latest CBD company to incur the FDA’s wrath. Marijuana Moment noted that the federal agency has been issuing warnings to unscrupulous CBD producers practically non-stop since the US government legalized CBD — and its primary plant source, hemp — at the end of 2018. Other “outlandish” medical claims cited by the FDA include some CBD companies marketing their products as cures for cancer or COVID-19.

So far, the FDA has only approved one CBD drug for medical use. That drug, Epidiolex, was initially approved in 2018 for only treating rare seizure disorders, but the DEA recently removed it from drug scheduling, meaning Epidiolex can now be prescribed for off-label use, too.